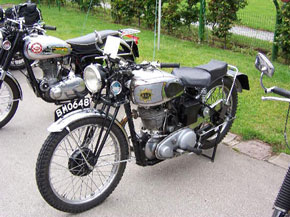 In late 1974, Brian Gomm placed an advertisement in a British national newspaper inviting interested parties to a meeting to discuss the possible formation of a UK branch of the GSOC. By March 1975 the UK branch of the GSOC was up and running and quickly gained momentum. Issue Number One UK Newsletter was issued in July 1975.

For more information on the Goldie Club and how to join, see our membership page.